This healthy barbecue monkfish grilling idea is easy and brings wonderful citrus flavours to your fish - a match made in heaven! 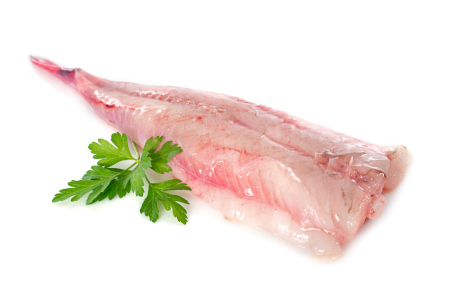 It’s a tad fiddly so be patient and take your time. Your patience will be rewarded!

Monk fish, or goose fish as it is sometimes known is a firm fleshed fish that is usually sold without the head (because it is very ugly) and usually skinned. The flesh flakes naturally into chunks of pieces and has a texture and flavor very similar to lobster.

Note:- So close in flavour and texture is to lobster that it used to be substituted for the real thing in breaded Scampi. Of course it can no longer be described as such and it's probably fair to say that the original cost incentive for making the substitution isn't as large as it used to be.

In this recipe we’re going to barbecue monkfish tails with an array of citrus fruit slices inside the tail. Lemon and lime are the traditional staples for serving fish and I’m going to add some orange as well for both depth of flavor and additional color.

You need to buy the monk fish tails ready skinned because skinning them is a pretty energetic task that your fishmonger will be much better at.

Acid is the key ingredient in any marinade to tenderize and using all these citrus fruits means lot's of citric acid. What could be more natural?

Start by soaking half a dozen cocktail sticks in a bowl of water.

Slice down the length of the monkfish tail taking care to leave one side attached and therefore creating a cavity in which to stuff the fruit.

Put a variety of fruit slices into the cavity and fold the fish back together. Thread a couple of cocktail sticks along the length of the tail to seal in the fruit. Brush with olive oil and sprinkle on the freshly ground black pepper.

Because monkfish is such a firm meat you'll be able to use your tongs to turn the fish without fear of it breaking up.

Place the tails on the grill or bbq fish mat and cook for about 15 minutes turning once half way through and continuing to use the fruit juice marinade to baste.

Cut the final half of each fruit into wedges and serve as garnish along side the freshly grilled BBQ monkfish tail. A green salad to finish it off and tuck in.