Following an intensive inspection and features review we've concluded that the Broil King Imperial is one of the top 3 gas grills on the 2018 market. 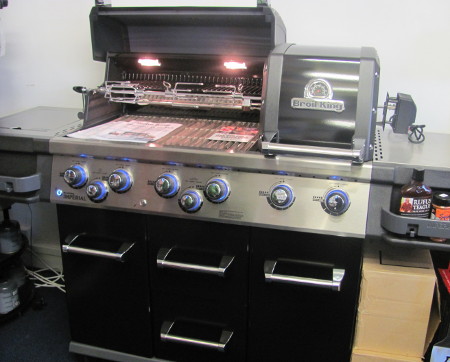 Built in in North America the first thing to say about the Broil King Imperial is that it oozes goodness when it comes to the quality of manufacture and doesn't fall foul of the corners cut but lower cost Chinese manufacture.

It's been properly thought through using screws that cannot be over tightened, adjustable feet that are on rollers so you can be sure to be able to move it around your patio without worrying about any uneven ground. 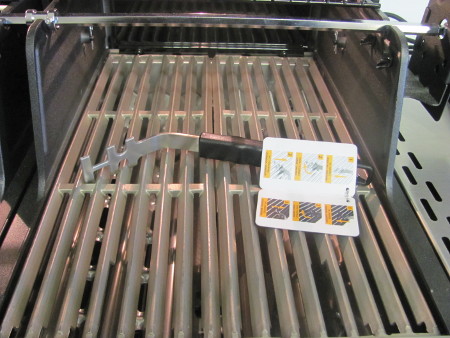 Just one niggle and it's only a little one. Upon close scrutiny we found some fixings that were not stainless steel. 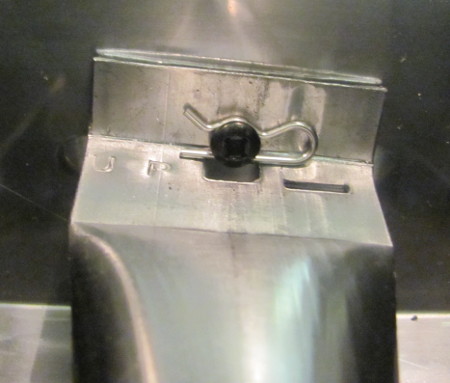 It's inevitable that the screws pictured in the image above will eventually rust. To be fair its a cottar pin that actually secures the burner in place but if you ever did lose the head of the screw through corrosion then you really have a problem. Such a low cost to put a stainless steel screw in and so really frustrating that Broil King decided to cut this corner.

The good news is that the amount of assembly required is absolutely minimal. Your Broil King Imperial arrives at your door fully assembled and on a pallet, all you need to do is take it off the pallet, add the side shelves and put the rotisserie into position.

The first thing that springs to mind is that you want for nothing, it would appear that pretty much everything is included in the standard offering... 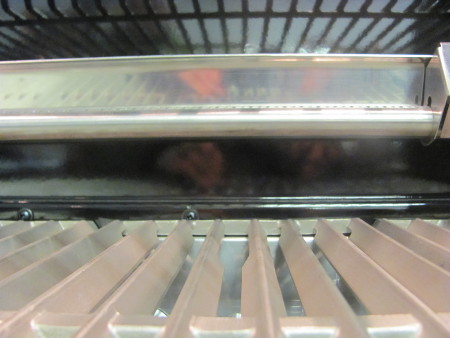 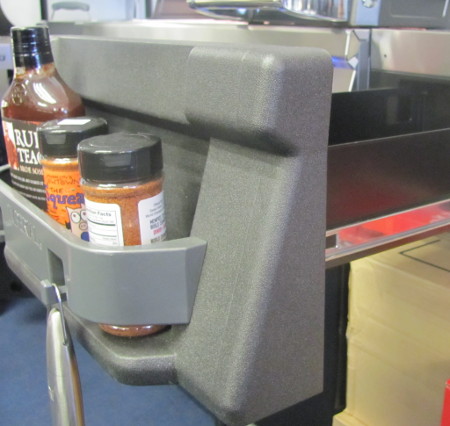 Open the front cabinet and you'll find space the gas bottle together with additional drawer space. 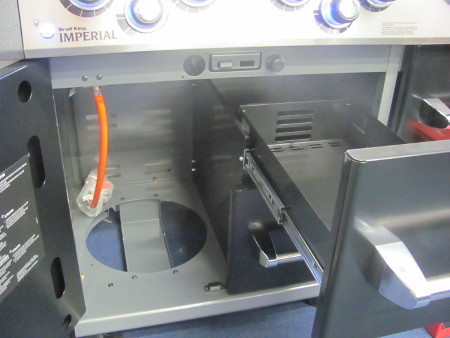 It might sound strange but the one thing I don't like is the "trendy" illumination around the burner knobs which I think makes the Imperial look too much like the cheaper (and inferior) Napoleon grills. I guess that's just a matter of taste.

The only additional remark I'm going to make is that I used the black Imperial but there also is a stainless steel "S" version. Interestingly both are priced the same at £3,299.95 and I'm a sucker for stainless steel. That said, the black does look still look the part.

This grill has pretty much everything that you're going to need whether you are new to grilling or a seasoned enthusiast. The £3,299.95 price tag may cause some to take a sharp intake of breath build quality together with extensive list of features make this one of our top three best value grills for 2018.

This review was possible thanks to BBQ Barn in Sidcup nr. London, tell them where you read this review and you may get a discount.

International readers will find the best prices on Amazon:

Buy through this Amazon button and you help pay it forward by contributing to the continued development of this website... and it doesn't cost you a cent!